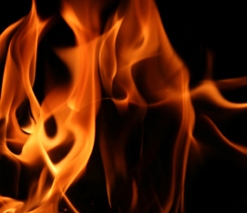 The human body is subject to the same laws and principles that rule the environment. At a cosmic level, the three primordial forces (gunas) namely sattva, rajas and tamas, operate through the five energy principles – space, air, fire, water and earth that directly interface with human existence. The Sun, Moon and Wind together make the five elements in the macro-cosmos while the doshas in the micro-cosmos level.

Each dosha is made up of one or two of the five basic elements: space, air, fire, water, and earth and have a particular relationship to bodily and mental functions. They constantly alter with food, activity or bodily processes hence is susceptible to change. Each dosha have their own unique characteristics e.g.
Vata – imaginative, creative, musical.
Pitta – great leaders, organisors, confident, sportive.
Kapha – calm, speaks slowly, loving, kind, loyal.

The digested food goes through seven distinct stages before it becomes one of the body tissues (dhatu). The absorbed portion of the food carries the nutrients for tissue formation while the waste products get eliminated as waste (Mala). This process follows a logical sequence starting with the least specialised tissue to the most specialised one. The nutrients are transported first to the Rasa(plasma, lymph)tissue which absorbs its requirements, then to the Rakta (blood) tissue and so on till it reaches the Sukra (reproductive) tissue. There are seven dhatus (tissues) in total – Rasa (plasma, lymph), Rakta (blood), mamsa (muscle), medas (fat), asthi (bone), majja (marrow) and sukra (reproductive cells or fluids).

All seven tissues are essential to make up the human body. Ayurveda states the Dhatus have a similar configuration to the Doshas in that they too are formed by one or more of the five elements but in a manifest form.

Food that is not completely absorbed ends up classified as end products or by-products. Malas are the metabolic end-products that were not absorbed by the body at any stage or “in its entirety”. Eliminating waste is crucial to good health, but dosha imbalances stifle the flow of the malas, creating a toxic internal environment. These therefore get excreted to maintain the normality of the body and all its functions. The three main types of Malas are faeces, urine and sweat. Faeces is the refuse of the food, urine is the liquid waste and sweda is the secretion that is thrown out from the pore of the skin.

Agni is the digestive and metabolic fire of the body. It works to break food into simpler components so the nutrients are transformed into essence which the body can then use. It helps various tissues to produce secretions and metabolic reactions that are required to create energy for maintenance and repair of the body. It is also a part of the immune system as its heat destroys harmful bacteria and is needed to form Ojas, the essence from all the tissues in the body.

AMA on the contrary is formed from the hypo functioning of Agni resulting in food not being completely digested. It acts like poison and soon accumulates and spreads wherever there is a weakness in the body. It is produced at two levels starting in the gastrointestinal tract and if not checked goes on to form at tissue level. It has the ability to affect the doshas creating diseases associated with them. 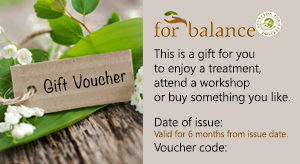